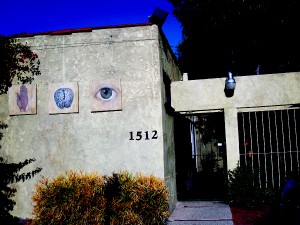 The ICI is anchored by the belief that building worlds is a creative act. We understand art as a uniquely open field of possibilities inside society where it acts as a reflection of complex and sometimes hidden relationships, as a catalyst for imaginative speculation and as a stimulus for creative solutions to some of the most difficult challenges of our times.

ICI research is grounded in the belief that vision has become the dominant mediator in many of society’s most time-consuming interactions. Recognizing the pitfalls but also the potential of contemporary visual traditions, ICI examines the many contingencies of visuality including the most topical concerns of modern societies but also vision-based beliefs that have just passed out of the public consciousness even though they continue to influence many aspects of culture production. By understanding the complexity of our current visual practices—both the guiding forces of new enterprises but also the forgotten beliefs that still guide current technologies—ICI projects typically emerge from the intersection of these two trajectories and utilize processes that analyze but also actualize our current visual paradigms. Favoring the messy toolbox over the single tool, creative tinkering over the execution of a pre-made plan, the stories and lessons gleaned from the detritus of material culture over strict adherence to du jour theory, the ICI offers culture producers an environment for collaborative, long-term projects whose methodologies rely not just on innovation but on excavation and renovation as well.

This entry was posted in News and tagged ICI. Bookmark the permalink.