PRESS RELEASE: With Everything but the Monkey Head Iteration V 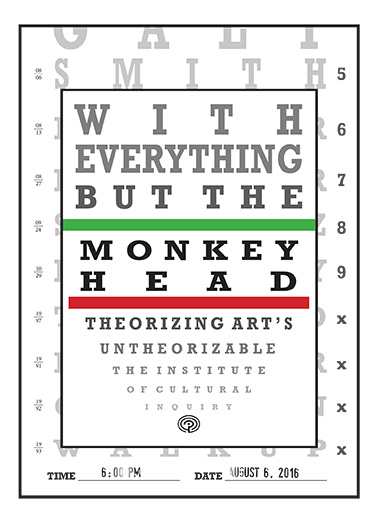 The fifth iteration of the project will feature Christian Smith, a 2011 participant in the ICI’s 100/10 project. Smith returns to the ICI for an intense one-week mini residency during which time he’ll share his thoughts about his own research practices while collaborating with the ICI to build a treatise on the organization’s own visual research endeavors. His stay will culminate in a finissage on August 6, 2016 during which time he’ll share his ideas with the public.

During his residency, Smith will explore the role of materials and technique when setting research parameters. Utilizing antiquated wet-plate photography processes in a portable darkroom he’s built for this project, Smith aims to capture new environments in old ways as he continues to build his experimental, alternative map of Los Angeles.