PRESS RELEASE: With Everything but the Monkey Head Iteration VII 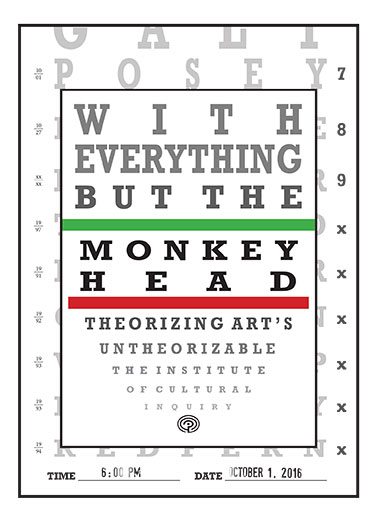 The seventh iteration of the project will feature Pam Posey, a 2011 participant in the ICI’s 100/10 project. Posey returns to the ICI for a three week residency during which time she’ll share her thoughts about her own research practices while collaborating with the ICI to build a treatise on the organization’s visual research endeavors. Her stay will culminate in a finissage on October 1, 2016 during which time she’ll share her ideas with the public.

During her residency, Posey utilizes field data gathered on multiple trips to Iceland, interludes of analog observational techniques (drawing, printing, tracing), and an interest in hermeneutics to expand and “complicate” the simplifying and reductive tendencies of scientific classification systems.