PRESS RELEASE: With Everything but the Monkey Head Iteration VIII 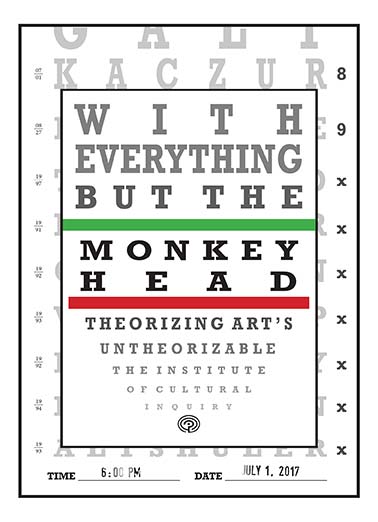 The eighth iteration of the project will feature Amy Kaczur, a 2015 participant in the ICI’s Visualist-in-Residence (VIR) project. Kaczur returns to the ICI for a one week mini-residency during which time she’ll share her thoughts about her own research practices while collaborating with the ICI to build a treatise on the organization’s visual research endeavors. Building off her VIR project, the artist will continue to work on Stitching Julia: installation for an imagined life and the persistence of inquiry, as she attempts to mine and imagine the life and cultural shaping of Juliska Alt Kaczur through a singular photographic portrait. Her stay will culminate in a finissage on July 1, 2017 during which time she’ll share her ideas with the public.

This entry was posted in Monkey Head, Press, Press Releases. Bookmark the permalink.