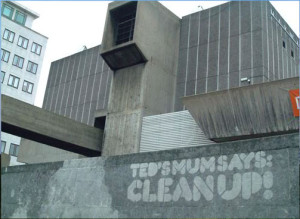 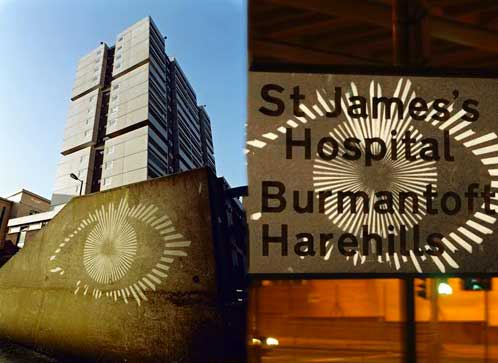 Taking it’s cues from the ubiquitous ‘wash me’ signs hastily scribbled into the layer of exterior dirt on cars across the world, reverse graffiti (AKA green graffiti or clean tagging) is the act of marking a public space with street art or sponsored campaigns by selectively cleaning through urban grime. 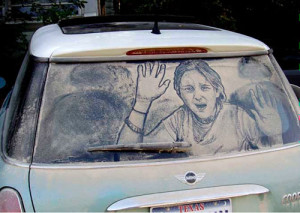 The act is simple and well-worn, but somehow still innovative. While traditional graffiti is largely outlawed for its [arguably] negative effect on private property, few municipalities have laws against cleaning, thus allowing the movement to operate in a grey area, where nothing is added and no harm is done, yet images and text are clearly visible and [further] clean-up is still required for swift removal.

All of which brings to mind a series of questions:

Perhaps only time (and the subsequent impermanence of these works) will tell.

This entry was posted in Cultural Inquiry and tagged signs. Bookmark the permalink.