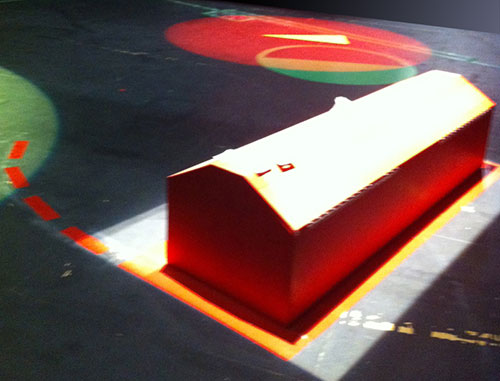 “Far-Flung follows function is an original performance work that turns a physical space into a crashing computer whose population of finders, daemons, mice, and the like struggle to avert catastrophe. The environment in which they carry out their labors is ruled by shifting weather and time of day data from live internet feeds. Thirty cities around the world take turns choreographing the lights, projections, sound, and performers themselves. As the piece unfolds, typical computer user actions such as mouse management are transformed into playful and sometimes absurd movements, triggering cascades of accidents, errors, and crossed signals. Welcome to the commedia of the motherboard.”

This entry was posted in Antoinette LaFarge, News. Bookmark the permalink.