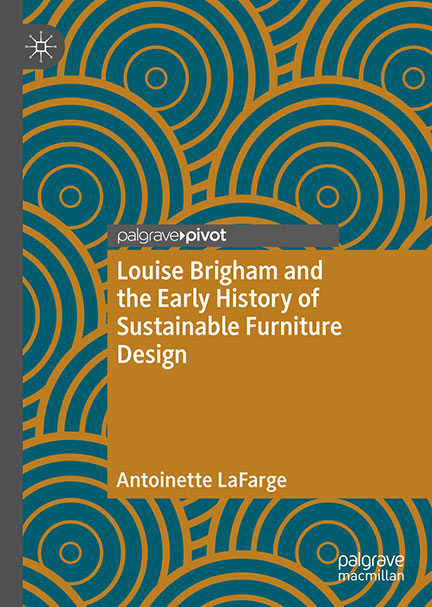 During the Progressive Era, a time when the field of design was dominated almost entirely by men, a largely forgotten activist and teacher named Louise Brigham became a pioneer of sustainable furniture design. With her ingenious system for building inexpensive but sturdy “box furniture” out of recycled materials, she aimed to bring good design to the urban working class. As Antoinette LaFarge shows,Brigham forged a singular career for herself that embraced working in the American and European settlement movements, publishing a book of box furniture designs, running carpentry workshops in New York, and founding a company that offered some of the earliest ready-to-assemble furniture in the United States. Her work was a resounding critique of capitalism’s waste and an assertion of new values in design—values that stand at the heart of today’s open and green design movements.

This entry was posted in Antoinette LaFarge, Associates, News. Bookmark the permalink.