This edition is comprised of 4 volumes with hand-painted covers that correspond to the four seasons. California artist Brown took the four seasons as the theme for this Chronicle, each volume of which contains three months of pages. For example, Brown’s “winter” cover features a gold leaf outline drawing of the Archer constellation against the deep blue of a midnight sky. A professor of art at the University of California, Santa Barbara, Brown dedicated his cover project to his friend and fellow artist John Bommer Murphy II, who died from AIDS complications in 1986 at the age of 29. 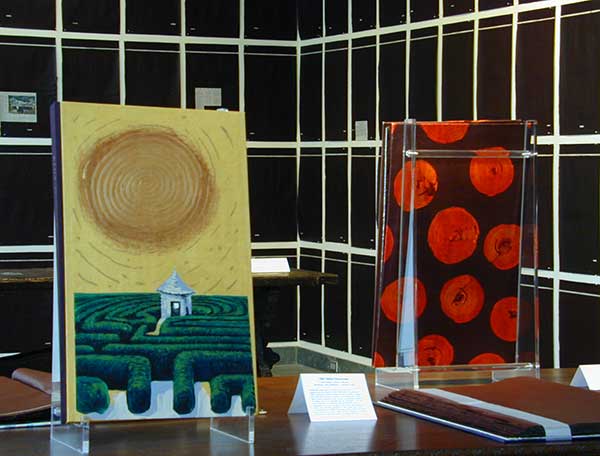 1998—These volumes were shown on December 1, at the Institute of Cultural Inquiry

2003—Displayed at the Sam Francis Gallery at Crossroads School in Santa Monica, CA as part of a retrospective exhibit of the AIDS Chronicles.

This entry was posted in AIDS and the ICI. Bookmark the permalink.