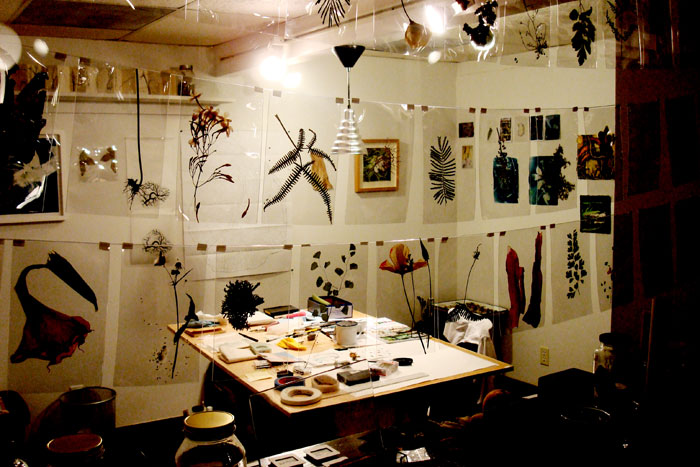 Due to space limitations, VIR applications for 2016 are currently not being accepted. This project may resume in 2017.

The VIR residency offers local artists, art theorists, writers, and other culture producers an environment that is oriented towards knowledge production through its well-equipped study and production facilities. Resources include a 3,000-volume library; an Ephemera Kabinett that contains cultural residue from the last 100 years; a collection of arcane visual tools or their handbooks (sometimes both); and a unique physical site with its own collection of phantom histories and secrets.

We are looking for adventurous ‘visualists’ to help us ‘theorize the materials’ or ‘materialize the theories’ of the various processes of knowledge production that are ‘visually orchestrated.’ These are activities that interrogate and extend current conceptions of ‘studio-based research’ as they are being extolled in the academy.

Some of the features of the Residency include:

• The VIR laboratory is available for residencies lasting between 1-4 weeks. We can only offer a work space at this time (no live-in) but access is 24/7 to accommodate residents who have a ‘day job’ or other demands on their time during ICI’s normal business hours.

• At the very least, each resident will arrive with a single question to jump-start her or his visual research but, more often, the resident arrives with a project already underway that will benefit from an investigatory period at the ICI.

• The Institute will provide limited manpower and, at time,  financial assistance. We will also facilitate partnerships with a roster of highly skilled ICI Associates and supporters to enrich the VIR residency experience.

•The VIR quarters will be open to the public as part of regularly scheduled ICI tours at least one Saturday per month (depending on the concurrent ICI project) and/or by appointment.

• The Resident will interact with the ICI staff and/or Associates on a regular basis to discuss the Resident’s work, either through meetings or online interactions,

• At the end of the residency, the VIR will be encouraged to summarize their research processes and findings during some type of recorded discussion with ICI staff and/or associates. This exchange might include an interview, a non-verbal demonstration, an exchange on social media, or some other recorded form based on the scope and range of the residency.

• In addition to ‘documenting’ their residency on the ICI’s website, the Resident will also be asked to create a material trace of their tenure to be placed in a special box that will become a part of the ICI repository.