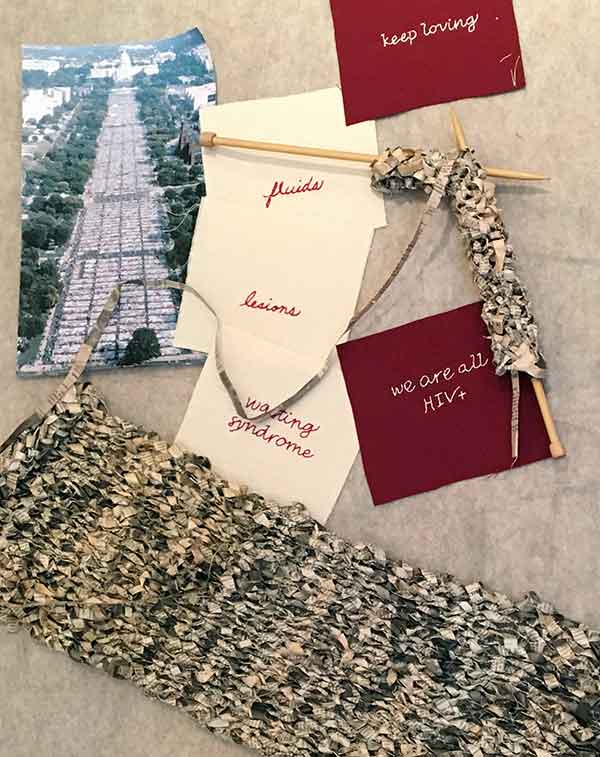 An unfinished quilt project in the ICI Ephemera Kabinett will jumpstart the 1996 Chronicle. The abandoned project included some quilted panels displaying terms related to AIDS. Embroidered on canvas in 26 pairs — two for each letter of the alphabet — white panels spell out the public face of AIDS, while red panels counter with more personal responses. In its first imagining, the 1996 AIDS Chronicle would dialogue with the national AIDS quilt. 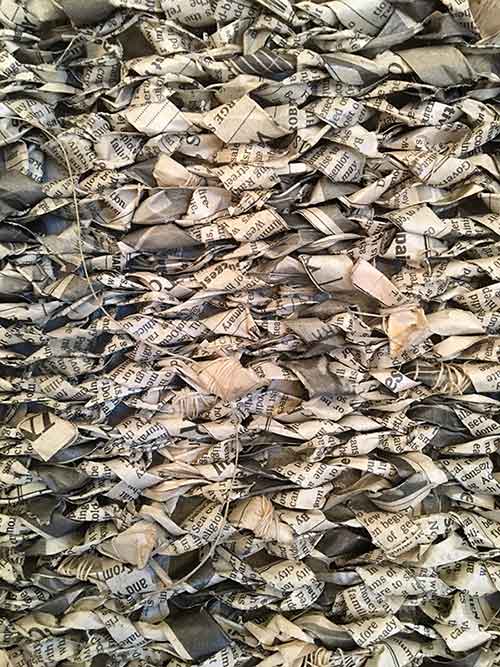 Fortuitously, 1996 turned out to be the last year the AIDS Quilt was shown in its entirety on the Washington D.C. Mall. The quilt’s display as a singular, political object — always an important function for the quilt — is often overshadowed by the attention given to the mourning function of the blanket’s individual panels. In it’s revised plan, the 1996 AIDS Chronicle aims to revive some of the discussions surrounding the AIDS Quilt’s dual role as a public and private document. In doing so, it offers a template by which the ICI can examine the dichotomies of its own AIDS project.

After the AIDS/HIV articles are isolated, the remaining newsprint will be used to create strips of newsprint ‘yarn.’ The yarn will be knitted into a large unwieldy blanket. Its ‘inconvenient’ size points to both the immensity of the pandemic and our inability to ‘hide’ its unbounded consequences. The Canvas panels will be used to create a storage pouch for the finished blanket. 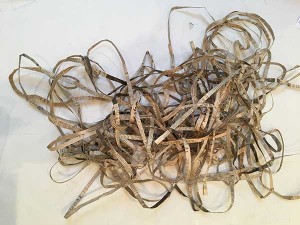 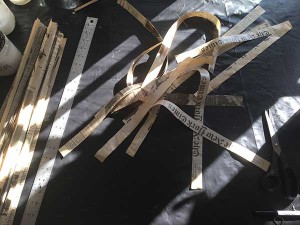 This entry was posted in Activities, AIDS and the ICI, Past Projects. Bookmark the permalink.