This edition comprises four portfolios each of which holds Chronicle pages that have been hand-sewn together in an accordion fashion. New York-based Chavez S. used a photogravure process to create the cover images of his four-volume set. Visually emphasizing the artistic heritages of East and West, the portfolio-style covers were printed on both the inside and outside. The Chronicle’s pages were hand-sewn to create 12 accordion-fold books, each containing one month of pages. Each volumes includes specially printed “name sheets” between the months that include all those listed in New York Times obituary pages as having died of HIV/AIDS during that year. The portfolios were printed at Robert Blackburn’s Printmaking Workshop in NYC. 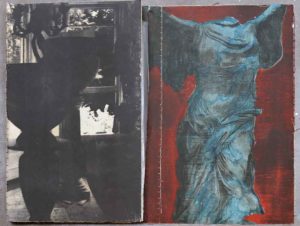 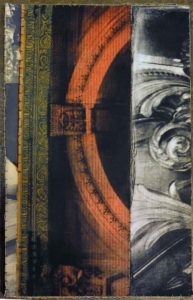 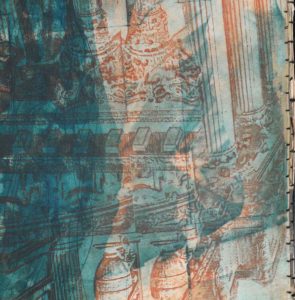 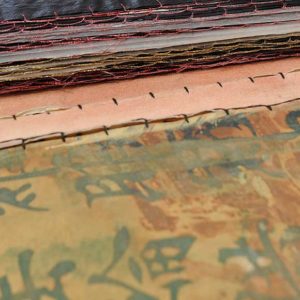 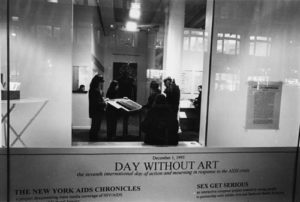 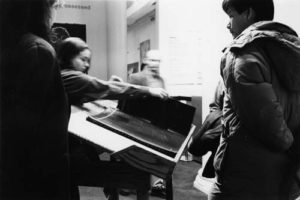 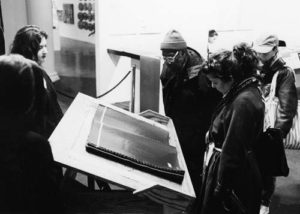 1995—New Museum of Contemporary Art in New York on December 1 of that year, the sixth Day Without Art. The Chronicle was displayed in the lobby and visitors to the museum turned its pages at a rate determined by the number of AIDS deaths that year with each turn of the page representing a person that had died. This interactive display was positioned to occupy the Museum’s street-level display window, thereby bringing its message to the thousands of people who passed by the window on a daily basis.

2003—Sam Francis Gallery at Crossroads School in Santa Monica, CA as part of a retrospective exhibit of the AIDS Chronicles. 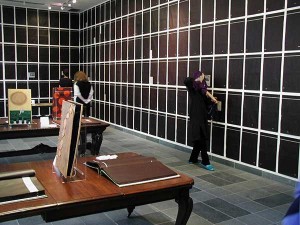