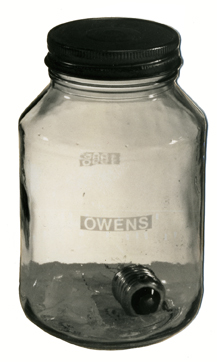 For most artists of a certain age they can remember the first time the public discourse on HIV suddenly became personal through the death of a loved one, a diagnosis of a friend or a long afternoon as an HIV test was being analyzed.  For ICI founder and director Lise Patt, that moment came in 1990 when the art critic Craig Owens died of AIDS. As she recounts it:

Owens wasn’t the first person I knew to die of AIDS and sadly he wasn’t the last one but I remember feeling like someone had punched me in the stomach when I heard of his passing. By 1990, the year of Owens death, AIDS was clearly robbing us of talented painters, photographers and other visual artists but up to that point I didn’t realize that it was also going to steal our voice – the people who talk for us, that contextualize our work, that write us into a history that is fickle at best and often unkind to those of us who create with our hands and not with words.

John Galt, a long-time associate of the ICI, gave Patt this bottle to help assuage her dis-ease. A recycled mayonnaise jar, on the outside surface he etched Owens name and the year of his death. Under the lid was a brief biography and inside the bottle he placed a shattered light bulb, an insider’s message from Galt to Patt, who had often spoke of Owen’s landmark essay “The Allegorical Impulse” as the light bulb that lit her art practice.

In the fall of the same year, Patt asked Galt if she could use his form for a project she was working on. On December 1, 1990 that project was born as the AIDS Bottle Project. Borrowing Galt’s form, 100 bottles representing 100 individuals in the arts who had died from AIDS were displayed at Los Angeles County Museum of Art.

This entry was posted in AIDS and the ICI, Cultural Inquiry, Lise Patt and tagged aids. Bookmark the permalink.