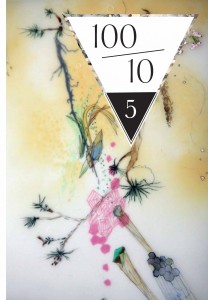 100/10∆5: Pam Posey and Christine Nguyen at the Institute of Cultural Inquiry (ICI)

The Institute of Cultural Inquiry is pleased to announce the fifth iteration of its ambitious project 100/10 (100 days/10 visions), a collaboration between Los Angeles-based curator/artist Pam Posey and artist Christine Nguyen. Fascinated by the Institute’s fantastical Earth Cabinet, a monolithic oak chest that houses hundreds of soil samples from far-flung (and sometimes unverifiable) locales, Posey and Nguyen de-mystify the processes by which the study of the natural world–the analyses, taxonomies, methodologies, and institutional edifices that comprise the cultural production of Scientific Knowledge–transforms into a tenuously stable parafiction demanding both skepticism and belief. Their installation alludes to this study of an elusive empirical world by collapsing the scientist’s universe of purported facts and the confabulist’s arena of the fictive.

Posey has taken up a totemic line from Paul Harding’s Tinkers: “Shadows leaked out from beneath the edge of the forest.”  In the “overgrown forest” of the Institute’s extensive holdings accumulated over its two decades, Posey asks, how do phantom worlds leak out from the real world, casting shadows of doubt upon its seeming veracity? In this shadow-play, both tinkerers will place their own art–individual and collaborative–alongside natural objects and ICI artifacts; the installation will change daily over the course of the residency.  A unique catalog will accompany this exhibition.  Modeled upon the New Museum’s catalog for its 2008 landmark show After Nature, catalogs for the 100/10 shows exist as a dustcover wrapped around a slightly used copy of a book that has influenced the show’s curator and artist. The 100/10∆5 catalog, housing Harding’s Tinkers, may be purchased in the ICI gift shop or through the ICI website.

Pam Posey is a Los Angeles-based artist who received her BA from Bennington College and her MFA from the University of Massachusetts. She has had solo exhibitions at Craig Krull Gallery, and her work has been included in group exhibitions at Andrewshire Gllery, Carl Berg Gallery, Domestic Setting, and the Torrance Art Museum.

Posey and Nguyen have been known to hike together in the Sierra Mountains. They make extremely slow progress because of their tendency to tinker with nature along the way. Nguyen’s work with salt causes her to spend time at oceans and salt flats while Posey investigates rogue urban gardens. Nguyen also composes and sings her own songs while Posey collects found sounds, both natural and urban, on her iPhone.

Beginning January 31, 2011 and running for 100 consecutive business days, the ICI site and its archives will undergo a multitude of interpretations. ICI has invited ten researchers—artists, writers, and visual thinkers—to set into play ideas that blend contemporary visual practices with aspects of the ICI Earth Cabinet, Ephemera Kabinett, and a 2,500+ volume library along with the nooks and crannies of the eclectic, historically layered ICI space. With just two weeks to conceive of their vision, curators will work in a designated laboratory modeled upon the transparent workspaces of 19th-century natural history museums. Each curator will conceptualize a new trajectory through ICI’s body, transforming the ICI display by the end of their residency.100/10project participants have included ∆1: Alex Harvey with Anna Ayeroff, ∆2: Antoinette LaFarge with Ruth Coppens, ∆3: Norway Nori as well as ∆4: Karen Frimkess Wolff and Paul Evans.