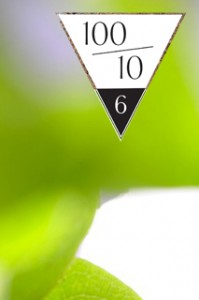 100/10∆6: Christel Dillbohner and Inge Kamps at the Institute of Cultural Inquiry (ICI)

For the sixth iteration of the Institute of Cultural Inquiry’s ambitious project 100/10 (100 days/10 visions), curator-artist Christel Dillbohner has opened doorways to parts of the ICI that are rarely seen or addressed. At the center of her vision is Köln-based artist Inge Kamps’ Vom Licht der Natur, a research based exploration into the natural world utilizing processes that mirror Dillbohner’s own experiences as an organic gardener and collector of medicinal and edible plants. Kamps uses a transformative process to transmute her focused observations into a special “sight,” thereby enabling her to collect and represent the colorful essences of light within a garden’s verdant realm. For this one-day exhibition, we are introduced to Kamps’ unique process through a series of abstract color photos and time-lapse videos. Dillbohner, a long-time associate of the Institute, has chosen to nestle Kamps work within the shadowy corners of the ICI to animate the artist’s alchemical leanings with the organization’s substantial holdings of alchemical texts; treatises by masters like Hermes Trismegistus, Albertus Magnus and Paracelsus, the latter being a philosopher Kamps is particularly drawn to.

A unique catalog will accompany this exhibition. Modeled on the New Museum’s catalog for its 2008 landmark show, After Nature, the document exists as a dustcover wrapped around a slightly used book that has influenced the show’s curator and artist. For 100/10∆6, the book is Mediziner Heiler Philosoph by Paracelsus. It can be purchased in the ICI gift shop or through the ICI website.

Christel Dillbohner is an art practitioner whose engagement with cultural and natural studies has informed her art of process painting, assemblage, and site-specific installations for over 30 years. Originally from Cologne, Germany, she now lives and works in Berkeley, California. She has traveled widely and publishes her ‘sojournal’ observations in small editions.  Recent projects include An den Ufern der Zeit (2007), Ice Floe (2009) and the collaborative installation Interspacing (2010). Her website is www.dillbohner.de.

Inge Kamps, a native of Cologne, Germany, is a painter, photographer and video artist who investigates social phenomena and the natural world and believes the role of the artist includes participating in the cultural discourse. She founded the artists’ collective “Künstler auf dem Hagengelände e.V.” (1988) and is a curator with a handful of  projects including PaarWeise (1987), Lob des Schattens (1998), and Drittes Ufer ( 2003). Among her large-scale video installations are Babel (1994), Made in Kalk (1998), and Zeit-Wände VII (2003). Her website is www.kamps-lab.de

Beginning January 31, 2011 and running for 100 consecutive business days, the ICI site and its archives will undergo a multitude of interpretations. ICI has invited ten researchers—artists, writers, and visual thinkers—to set into play ideas that blend contemporary visual practices with aspects of the ICI Earth Cabinet, Ephemera Kabinett, and a 2,500+ volume library along with the nooks and crannies of the eclectic, historically layered ICI space. With just two weeks to conceive of their vision, curators will work in a designated laboratory modeled upon the transparent workspaces of 19th-century natural history museums. Each curator will conceptualize a new trajectory through ICI’s body, transforming the ICI display by the end of their residency.100/10 project participants have included ∆1: Alex Harvey with Anna Ayeroff, ∆2: Antoinette LaFarge with Ruth Coppens, ∆3: Norway Nori as well as ∆4: Karen Frimkess Wolff and Paul Evans. ∆5: Pam Posey will begin on April 11, 2011 and will run for 5 consecutive weeks.