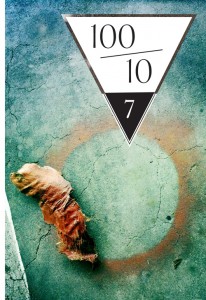 One Day Event – Saturday May 28, 2011
Free to the public
From 1-7pm, visitors are invited to
collaborate and intervene in tactical activities
Reception from 7-9pm

For the seventh iteration of the Institute of Cultural Inquiry’s ambitious project 100/10 (100 days/10 visions), peripatetic curators Rosie Woodward Smith and Christian Smith enlist visitors in an urban forensic caper to map newfound cartographies between the Institute and its surroundings.  Where history attempts to reveal (or conceal and distort) patterns of causality, the pair deploys the Institute’s vast trove of visual technologies to construct a display that serves as a two-way conduit. “Voices will find their way in,” they say. “Questions will find their way out.  Images and messages will grow their own legs to walk the streets, be posted on walls, thrown in the trash.”

On May 28th, visitors are invited to trawl a square-block area around the ICI, plumbing a microcosm of the city grid for evidence—moments and phenomena, serendipitous coincidences of people, places, and things. A specially designated guest plinth will display selections from these foraging expeditions over the course of the day. The curators have also reconfigured the ICI laboratory space into a workshop for creating posters from the text and images generated in the first weeks of their residency. They will be printing on recycled t-shirts that visitors may bid upon with payment in the form of a reciprocal exchange: services, monies, and/or objects. At twilight the curators will discuss their process. An open microphone will allow guest poets and thinkers to hold forth on the curators’ working theme of ‘life as a mirror.’

A unique catalogue accompanies this exhibition.  Modeled on the New Museum’s catalog for its 2008 landmark show After Nature, catalogues for the 100/10 shows exist as a dustcover enfolding a slightly used copy of a book that has influenced the show’s curator and artist. The 100/10∆7 catalog, wrapped around Italo Calvino’s Invisible Cities, may be purchased in the ICI gift shop or through the ICI website.

Christian Smith mines the pedestrian potential of Los Angeles, California, after extended peregrinations through London, Berlin, Istanbul, and San Francisco. Smith’s formative years were spent in Germany, England, Toronto, and a yellow-tinged dreamscape. Committed to the intersections of sound, theatre, and writing, Smith has acted in experimental films, published photo-editorial pieces in Istanbul, and exhibited in London, most recently in a group show entitled Luxury Goods: The Price of Art.

Smith and Woodward Smith, with the assistance of award-winning street photographer Ima Kuroda, are in the midst of an ongoing photography and mapping project, Walking LA, that encourages communities to assemble collections of detail and motif to say something about their own specific locale.  In recasting the street as a museum, a place to contemplate the inner beauty of the objects found there, the artists hope to provoke a deeper awareness in ordinary people concerning their immediate environment.

Beginning January 31, 2011 and running for 100 consecutive business days, the ICI site and its archives is undergoing a multitude of interpretations. ICI has invited ten researchers-artists, writers, and visual thinkers-to set into play ideas that blend contemporary visual practices with aspects of the ICI Earth Cabinet, Ephemera Kabinett, and a 2,500+ volume library along with the nooks and crannies of the eclectic, historically layered ICI space. With two weeks to conceive of their vision, curators will work in a designated laboratory modeled upon the transparent workspaces of 19th-century natural history museums. Each curator will conceptualize a new trajectory through ICI’s body, transforming the ICI display by the end of their residency. 100/10 project participants have included ∆1: Alex Harvey with Anna Ayeroff; ∆2: Antoinette LaFarge with Ruth Coppens; ∆3: Norway Nori; ∆4: Karen Frimkess Wolff and Paul W. Evans; ∆5: Pam Posey with Christine Nguyen; as well as ∆6: Christel Dillbohner with Inge Kamps.