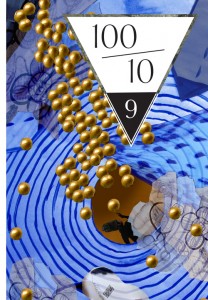 The Institute of Cultural Inquiry (ICI) is pleased to unveil the virtual peephole on its website for the ninth iteration of its ambitious 100/10 project (100 days/10 curatorial visions). To collaborate on The Bright Tenderness of Reality, artist Corey Hitchcock and curator James Linnehan created a new “wing” of the Institute, located in the ether of networked consciousness and loosely tethered to the model of Distance Learning. Without recourse to the Institute’s urban and localized physicality and the archives accreted over the Institute’s two decades, artist and curator rummaged through the artist’s videos; fondled text(s) via e-mail and link; unzipped files; employed search engines. Thus far, artist and curator have met in physical space only occasionally and for reassurance. A mere 90 minutes on Saturday evening, June 25th, provides a rare occasion to convene artist and curator, overlay physical and virtual: Institute’s core facility and a satellite several hundred miles away. A lecture and screening will exist in real time at the Arts & Consciousness Gallery at JFK University in Berkeley but it can also be viewed through a peephole via the ICI’s website.

Modes of becoming proliferate in Corey Hitchcock’s video world: edits are imprecise, equations are inelegant, line is not unerring, gravity is inconstant, objects are unintelligent, nature experiments before the camera, narrative is disrupted, illusion falters. Corey Hitchcock is what is referred to in fiction as an “unreliable narrator.” The 21st-century omniscient camera becomes just another object without proper or usual behaviors, as unseeing as the elegantly gloved hand which pokes through the scenery and draws. In these video dioramas the wildlife misbehaves, the scenery crumbles: the artist, revealed through occasional rips in the backdrop, is no more than a blind stagehand.

The Bright Tenderness of Reality brought to the curator’s mind a phrase from James Joyce: “the ineluctable modality of the visible.” The ineluctable is the visible—the real—the artwork—not the artist, not the curator. And bright?—because reality has intelligence and essential qualities; bright in that it has its own light, neither borrowed nor given … and shadows in Corey Hitchcock’s videos are shadows on the moon—pure, clear shadows—not the earthly shadows of cynicism or nostalgia or yearning—these are bright shadows. From June 20 – 26, 201l, they can be viewed via the ICI website by following a link on the directory (landing) page. The virtual launch time is 12 p.m. on Monday, June 20, 2011.

A unique catalogue accompanies this exhibition and extends the Institute’s thinking on W.G. Sebald. Modeled on the New Museum’s catalog for its 2008 landmark show After Nature, 100/10 catalogues exist as a dustcover enfolding a slightly used copy of a book that has influenced the show’s curator and artist. The 100/10∆9 catalog, wrapped around Ivar Ekeland’s Mathematics and the Unexpected, may be purchased in the mobile ICI gift shop at the A&C Gallery or through the ICI website.

James Linnehan defers to Jules Henri Poincaré’s “The Sciences and the Humanities” (1911) for his biography:

Amongst the men who have, always usefully but with differing degrees of brilliance, given service to science, some have received in their youth a solid classical education, refined in some cases, whereas the literary schooling of others has been rushed, incomplete and summary. It is tempting to conclude that literary study is useless to the scientist, since so many of them manage without. But that would be hasty. Is it really true that we can’t make out differences between the work of the one sort and the other and discern their hallmarks, so to speak? Well, that’s a comparison I don’t wish to carry out here. It would require me to name names, and I wouldn’t wish to offend anyone, even the dead. In such matters it is hard to judge, but if, in any case, we were to show that the one type were equally good scientists as the other, what exactly would be proven? The fact of the matter is self-evident. For a long time, it has been difficult to make your name and, in general to rise above your station, without schooling. Those who have succeeded nonetheless have done so thanks to an exceptional energy which has made up for the lack of a range of other advantages, and which has put them on a par with more cultivated individuals of a less sturdy character.

Corey Hitchcock (www.coreyhitchcock.com) was raised until she reached the age of thirteen, in an isolated, suburban compound, without contact from the outside world. All of her visual work began as attempts to understand the larger world she encountered, once she had dug her way out. She received her MFA from JFKU’s Arts and Consciousness program in 2005, and was given a Cadogan-Murphy award for her graduate work. She is a graduate of the Foundation for Shamanic Studies three-year program, has a transpersonal medicine practice, and engages geomantically with the Earth on a regular basis. She explores the shadow zones between worlds to retrieve hidden information about our compromised natural selves to help us remember what makes us most delightfully human.

Beginning January 31, 2011 and running for 100 consecutive business days, the ICI site and its archives is undergoing a multitude of interpretations. ICI has invited ten researchers-artists, writers, and visual thinkers-to set into play ideas that blend contemporary visual practices with aspects of the ICI Earth Cabinet, Ephemera Kabinett, and a 2,500+ volume library along with the nooks and crannies of the eclectic, historically layered ICI space. With two weeks to conceive of their vision, curators will work in a designated laboratory modeled upon the transparent workspaces of 19th-century natural history museums. Each curator will conceptualize a new trajectory through ICI’s body, transforming the ICI display by the end of their residency. 100/10 project participants to date have included ∆1: Alex Harvey with Anna Ayeroff; ∆2: Antoinette LaFarge with Ruth Coppens; ∆3: Norway Nori; ∆4: Karen Frimkess Wolff and Paul W. Evans; ∆5: Pam Posey with Christine Nguyen; ∆6: Christel Dillbohner with Inge Kamps; ∆7: Christian Smith and Rosie Woodward Smith; as well as ∆8: Rise Industries.